It's been a while since this was posted...

Hopefully the information in here is useful to you (if it isn't please get in touch!).
If you want to get the new stuff as soon as it's out though, sign up to the mailing list below.

So the Fx0 is one of the best designed and best performing FirefoxOS phone that was ever made — and it’s been put under super heavy discount, following mozilla announcing the shift in focus from phones to IoT.

If you’re looking to buy one, feel free to head over to Amazon (they’re currently selling for ~$50, when in the past I saw them up there for roughly $800):

Naturally I bought 4 when I realized this awesome phone (that I actually went to japan to try and buy from AU, the carrier that had it) was available. Then I thought maybe that was crazy of me, so I bought 2 instead. 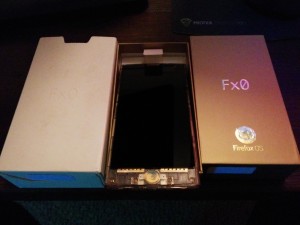