tl;dr - Remember FirefoxOS and the Firefox Phone(s)? I do, because I still have two (!) Fx0 handsets sitting in my closet.

Every once in a while I like to spend some time clutching my fists and thinking about what the Firefox phone could have been.

I usually feel like that after looking in my closet and running my hands across this thing: 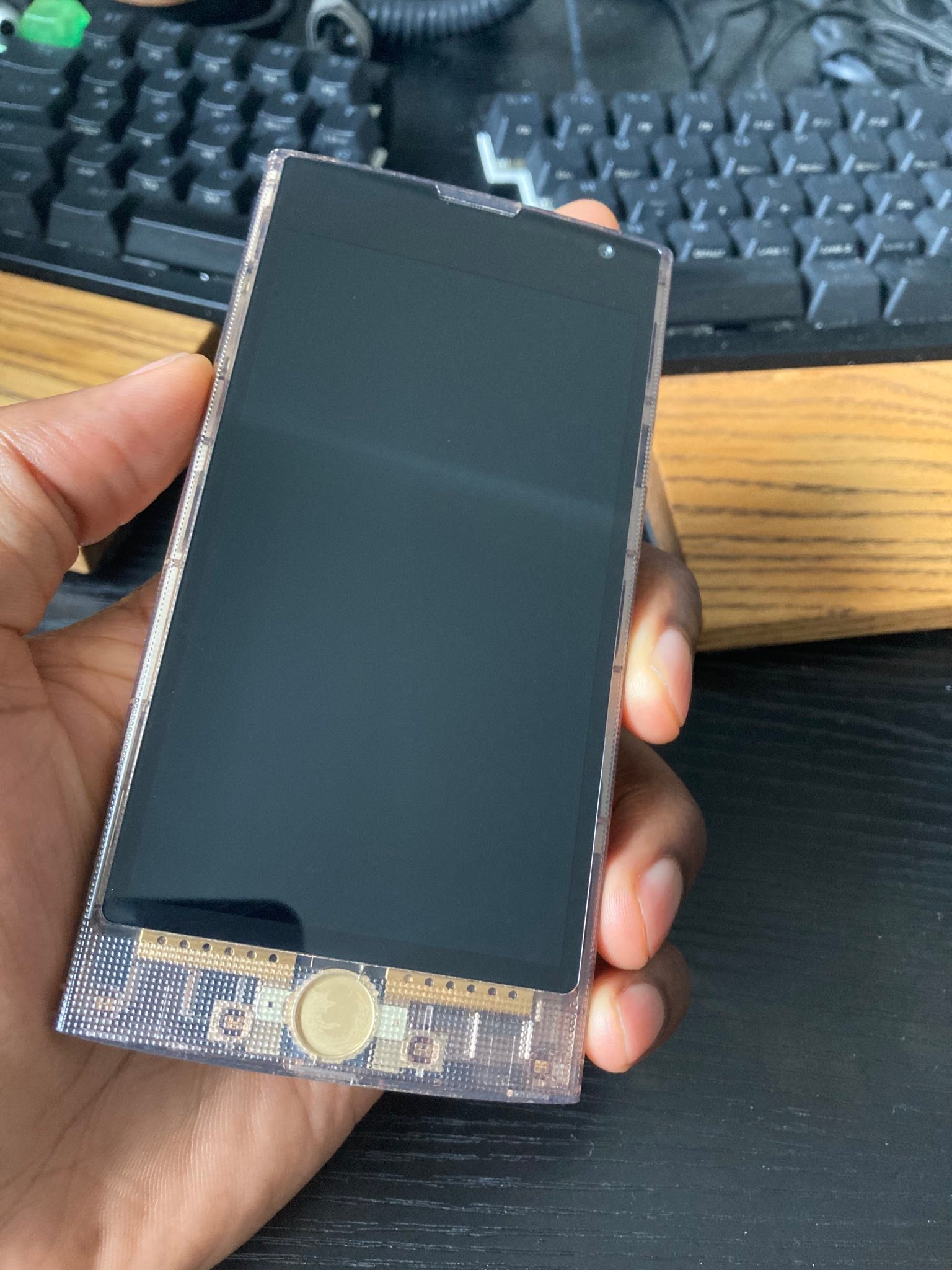 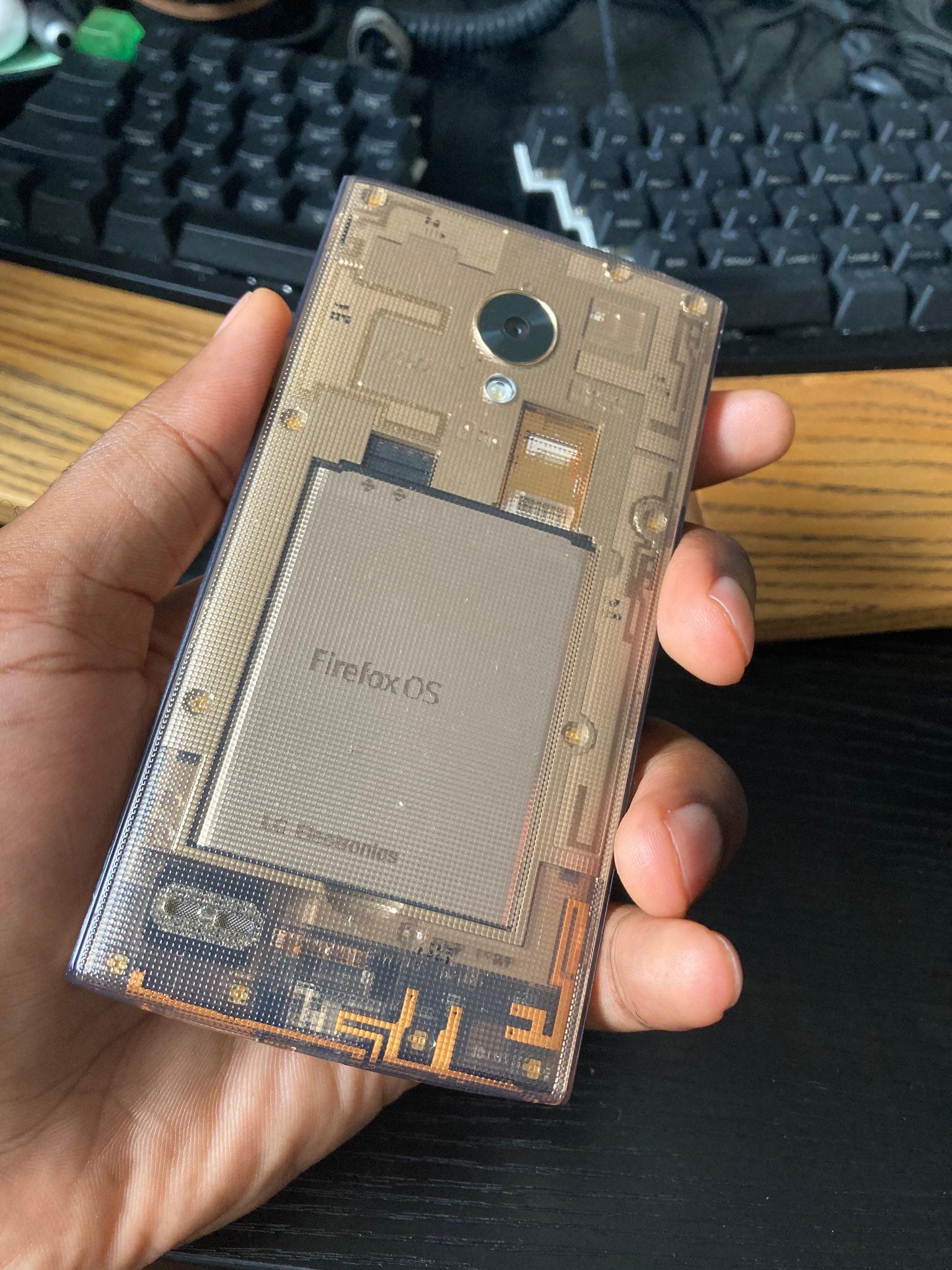 Taken on an iPhone SE2 😢

I had other Firefox phones, but the Fx0 (archive) was the FirefoxOS phone with the best specs that I could find – If I remember correctly I flew to Japan to buy it (before moving here to live).

After years of friends making fun of me for having phones that were somewhat slow and missing the app du jour, I had finally showed them! I had the best performing phone the OS shipped on (at the time, excluding porting a more expensive phone).

A decent tradphone (eventually), but apps were a problem

It took FirefoxOS a while to get good at things that a phone was supposed to do, but once they worked, they mostly just worked. Turns out it didn’t matter too much because SMS is kind of dead anyway, but it did work.

Another impressive thing about FirefoxOS was the outsized push that they managed to generate for building progressive web apps. Apps like LINE (a messaging app) and others rushed (OK maybe they didn’t rush) to build progressive web app versions of their existing mobile applications. This was a feat and very encouraging to see.

The only problem is that there weren’t enough companies adding web apps to support FFOS, but the fact that it happened for even some of them (and how easy it was for them or anyone to make a web app) was amazing. I even wrote my own Tinder app way back when to help fill the gaps. It used the unpublished API of Tinder and needless to say testing it properly as was hard.

And to be fair, those companies were right. FirefoxOS didn’t stand the test of time (not many things do!).

Press from the olden days

There was a lot of press about FirefoxOS and the Fx0 back when it was a thing.

Here’s some press for nostalgia’s sake (got some more favorites? I’ll add em to the list):

If the siren call of escaping the the mobile duopoly of Android and iOS still attracts you today, there are some promising upstarts:

PostmarketOS (Wiki) is a slow burn (in a good way). They’ve been building and tweaking Linux to run on old phones for a very long time.

Starting back in 2017 they’ve been tweaking and working this whole time – and while they’re much less focused on building things for consumers (see all the screenshots with terminals open on a phone), it is quite the active project.

PostmarketOS also runs on the FairPhone, so there’s access to good (and good looking) hardware available for people not afraid to spend a little.

The Pine64 revolutionized the small PinePhone

The Pinephone Pro is also out there, with aggressively OK specs, but decent packaging, and it’s built by a company that seems to be here for the long term which has carved out a space for itself in the Single Board Computer (SBC) niche.

The Ubuntu Phone (AKA ubports) seems to still be making progress – the installer repo is still seeing commits.

I can’t say I hear very much about this phone these days, but it looks like the project is in a slow march forward which is the best you can ask for open source projects running on the good will and determination of volunteers.

The Purism Librem5 (built by Purism) is another contender that’s been around a while.

Despite how long it’s been around, I can’t say I’m very so enthusiastic about this project – they promised a lot up front and just haven’t been able to deliver as far as I know.

Maybe they’re a bit more focused on their laptops and other devices (and people like those more/pay more for them to begin with). I’m probably wrong here, I just don’t know enough/haven’t been exposed to enough purism evangelists.

For one thing, the specs are disappointing – 3GB RAM in 2022 is just not much for a phone (whether a phone should need 3GB of RAM is another question).

The phone runs on PureOS which looks like modified Ubuntu (touch?) (and looks great), but I just don’t get the feeling that this is the “community choice” among hackers and tinkerers.

This is less a forecast and more throwing wishes into the void – I wish System76 or Framework entered this space.

Both System76 and Framework have built amazing businesses with truly world-class hardware/software that not many other companies in the space can compare to. They are delivering on the promise of the Linux desktop, so I selfishly want them to deliver on the Linux phone as well.

I’m not sure the Linux phone software ecosystem is ready (maybe RedoxOS could become an also-on-mobile-phones OS?), but pairing with PostmarketOS feels like it could work.

I don’t know, I want more good well-built Linux phones I can switch to.