tldr; I love Spotify’s web app redesign, and while some features I did like are missing, they were not fully fleshed out so maybe Spotify is working on improvements before they return.

I logged in to Spotify’s web app recently and noticed an all-new redesign of the site. Of course, as soon as I logged in I was prety taken aback, because the new design is very different from what existed before it, and took a second for my eyes to get adjusted to. I think in all, the previous design was just a lot busier. See for yourself: 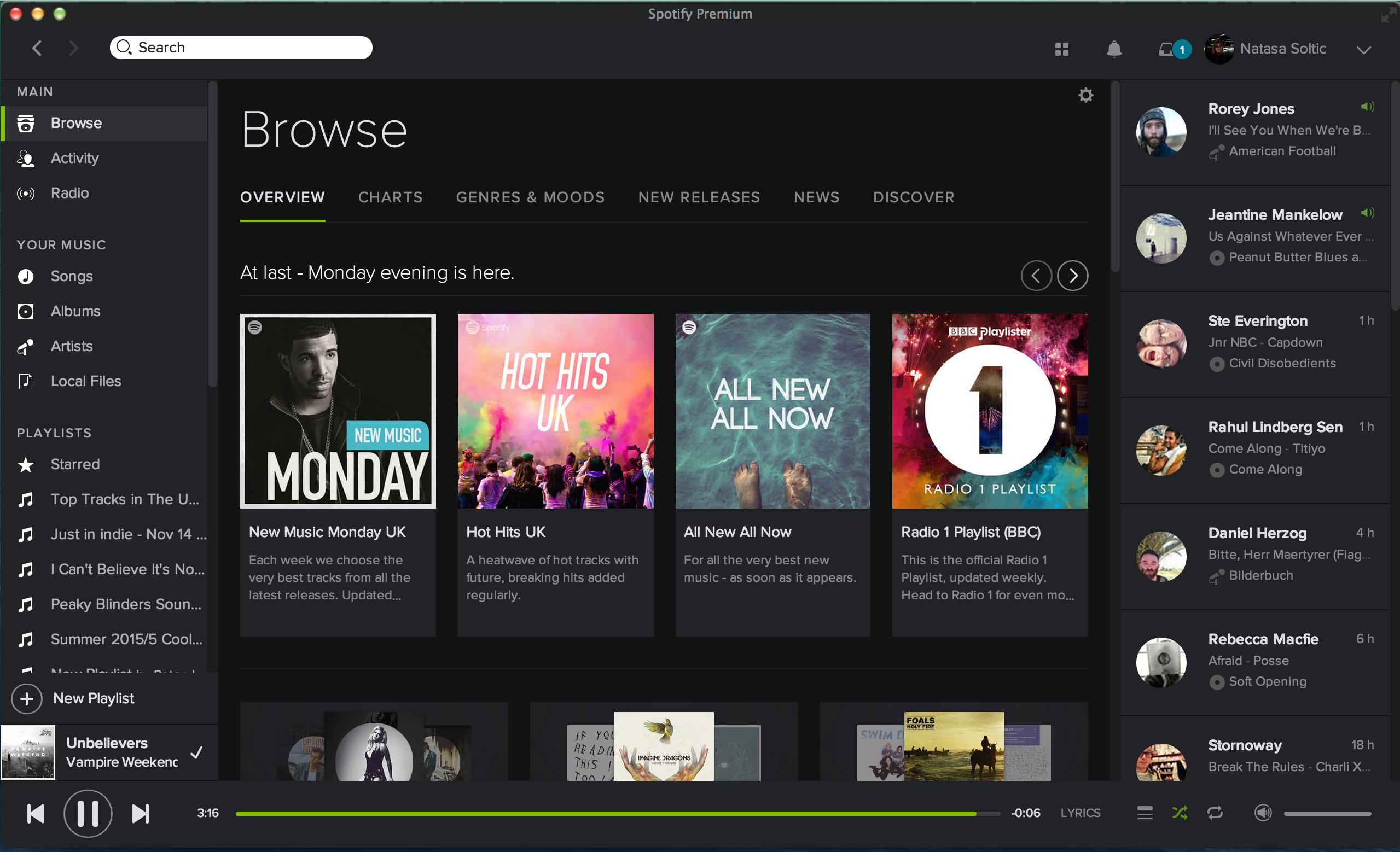 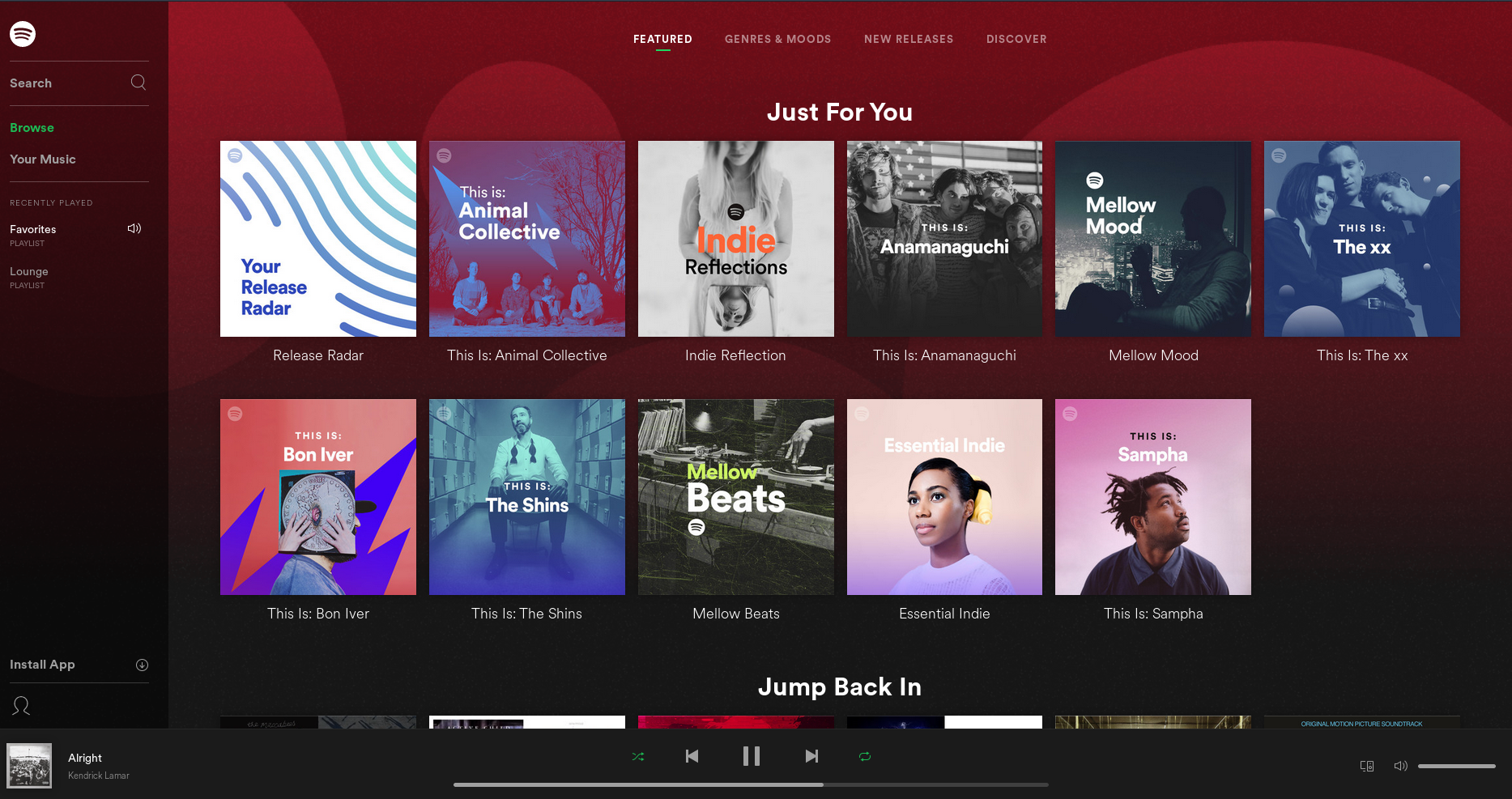 I think the new design is a few things:

I could go into all the little changes but I’ll leave that as an exercise for the reader.

The new search bar is nice

In typical Web 2.0 fashion, the new search bar is actually quite pronounced on the new design, and I love it. It fits into a part of the interface that almost surprises you (and I think delights you the first time you figure it out).

It looks like Spotify Radio is dead. Just kidding, it’s probably not dead, but Artist/Playlist radio is dead for now, it seems.

The death of Artist/Playlist radio may or may not be a bad thing, depending on who you ask. Most people know Spotify for their curated radio stations (the ones you see on the front page of most of Spotify’s interfaces), but I used feaures like “playlist radio” and “artist radio” that maybe not many other people used.

Playlist/artist radio was actually terrible for discovering new music except for when Spotify shuffled it’s internal libraries (or signed new artists) it seemed. Stations would often get in loops of playing the same predictable tracks over and over. Worse than that, the dislike or like button seemed to not do anything at all. Coming from the relative power of Pandora where if you downvoted something, Pandora would never play it again (and you could downvote an artist alltogether I believe), I was always hugely dissapointed with playlist/artist radio.